Ted retired as Manager in charge of Drinking Water and Water Withdrawal Programs for the Georgia Environmental Protection Division, a part of the Georgia Department of Natural Resources. Mr. Jackson has thirty years experience with the Georgia Environmental Protection Division, and has served in a variety of roles. His prior positions include Agricultural Water Withdrawal Program Manager, Environmental Emergency and Radiation Program Manager, Quality Assurance Manager, Laboratory Director, and Data Processing Manager. He has also served on the Georgia DNR Search and Rescue Team. Ted attends St. John's Episcopal Church (and is the Associate Treasurer). When possible, Ted goes hiking and leads outings for the Sierra Club. The rest of the time he enjoys living in a passive solar home in the mountains of northeastern Tennessee.

Shelley feels fortunate to have grown up in southwest Florida, enjoying many family and scouting experiences in the Everglades, intercoastal waterways and Gulf beaches. A Girl Scout backpacking trip in northeast Georgia introduced her to the southern Appalachian Mountains. She has been a big fan of them ever since, and calls northeast Tennessee home for the past 32 years. Shelley and her husband, Allen, attend St. John's Episcopal Church. They enjoy traveling, gardening, and spending time with their son and daughter-in-law.

Linda Modica is involved in a number of environmental & civic advocacy organizations that have local, regional, national and global focuses.  She is President of Erwin Citizens Awareness Network (ECAN), a community group she co-founded to watchdog the Nuclear Regulatory Commission and BWXT/Nuclear Fuel Services, is Coordinator of the TN Chapter of the Catholic Committee of Appalachia, and is Co-chair of Appalachian Peace Education Center (APEC) which has members in NE TN and SW VA. Linda also serves on the DISARM Committee of the Women's International League for Peace & Freedom-US Section and on United Religions Initiative's VOICES for a World Free of Nuclear Weapons Cooperation Circle which has members from around the world. In June 2017 she was a panelist at a side-session at the United Nations where the Treaty on the Prohibition of Nuclear Weapons was being negotiated. Since then, she has made presentations for VOICES and for APEC to Senator Kaine & staff. Linda's 2021 International Day of Peace talk for the UK-based Abingdon Peace Group was entitled "Worse than Pickpockets: The Nuclear Racket's Fraud Against the Climate".

Members at Large (in alphabetical order):

Dr. Carol Landis is an immigrant to Tennessee from Ohio, where she was active with Ohio Interfaith Power & Light. She is a retired science teacher and climate change educator, who retired from teaching in 2005 and from the Byrd Polar Climate and Research Center at Ohio State in 2011. Carol and her husband are grandparents to twin girls who live in OH and two grandsons, who live in Brooklyn NY. She grew up in NW Wisconsin until 1974 when she moved south to Ohio, where the winters were milder. Then she and her husband moved south once more (to TN) in 2009 to enjoy even milder winters in retirement. She loves this beautiful area and especially loves living close to Milligan College, where she hears the chiming of the clock tower on the hour and a hymn in the evening from the bell tower.

Dr. Aubrey Lee recently retired his position as Assistant Professor in the School of Business at King College. In 2012 he successfully defended a doctorate in management at the University of Maryland University College.  At his church home, Munsey Memorial United Methodist, he served as chair of the Church and Society Team. Aubrey also serves on the Education Council of the Johnson City/Washington County Chamber of Commerce and is a member of the Johnson City Kiwanis Club.  Aubrey and his wife, Dr. Sally Lee, have four children and one grandchild.

OTHER GINI MEMBERS WHO HAVE SERVED ...

Nancy Barrigar grew up in northeast Tennessee and has a deep love for the beauty and biodiversity of the Appalachian Mountains. She worked two decades in early childhood education and now spends her days in a much quieter vocation – as a crafter of decorative dried gourds.  Nancy and her husband, Gary, both serve on the board of Friends of Roan Mountain. They also serve on the Peacemaking Team of First Presbyterian Church of Elizabethton which advocates for the environment, peace, and social justice. Emily Bidgood is a recent transplant to Tennessee, but her childhood in the Virginia Blue Ridge means she knows good mountain living. In 2011 Emily received a Master of Science in Ecology from the University of North Carolina.  In northeast Tennessee she has worked for non-profits that advance conservation, agricultural development, and health. Emily attends St. John's Episcopal Church of Johnson City with her husband and two sons.

Don and his wife, Cynthia, have been married for 50 years.  They moved to Piney Flats 10 years ago from North Carolina.  He is retired from IBM where he was in management for most of his 36 years.  One of his many hobbies is gardening; he is a Master Gardener. He is also Project Manager for Rocky Mount Museum and serves Family Promise, as well.  Don has been involved with GINI for the past 4 years and headed the Audit team for St. Mary's Catholic Church. 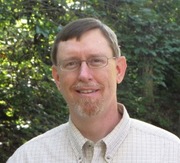 "I have served as pastor of Jonesborough Presbyterian Church since October, 2010. Ordained in 1996 after completing my M.Div. at Columbia Theological Seminary, I served solo and associate pastorates in Mebane, NC and Shelby, NC. When not tending to pastoral responsibilities, you might find me reading, writing, strumming my guitar, or hiking in the mountains with my wife, Marianne. She and I enjoy finding out-of-the-way trails where we can revel in the wonder of God's creation."

Hal and his wife Sandy came to Johnson City in 2007 where he served as rector of St John’s Episcopal Church until his retirement in 2017. He brought with him the concept of an Earth Guild as an organization of the church to inspire members and leaders in ecological and sustainability issues. Members of that Earth Guild were instrumental in getting GINI off the ground and running. Hal enjoys the Old Time music scene in this area and is always working on a new banjo tune.

Rev. Jacqueline Luck had served the Holston Valley Unitarian Universalist Church since she moved to beautiful NE TN from Mississippi after Hurricane Katrina's devastation. As a religious person and an artist, she has a deep appreciation for the sacredness of nature and our responsibility to care for it. In addition to Green Interfaith, her other interfaith justice work in TN included the global United Religions Initiative promoting peace and understanding among the world's religions. She has retired to Louisiana.

Natalie R. Manor is CEO of NMA, Natalie Manor and Associates a business consultancy with 25 years of experience as an author, keynoter, business coach and trainer in leadership and communication. She came to Johnson City by way of New Hampshire. Natalie was baptized as a Catholic, had a Lutheran father, and was raised in a Muslim country. The idea of GINI being interfaith and green is what appealed to Natalie the most about joining this young organization. As Natalie said when told she had been elected to the GINI Board  “I am delighted, gratified, and jazzed to hang out with so many committed and terrific people." She has since relocated to the                                             Nashville area.

After a 13-year tenure as a NASA engineer, Mark McCalman returned to his east Tennessee roots in 2001 to follow a second career in public health. He also studied alternative energy for developing areas at the University of Cape Town, South Africa, in the early 1990s. Mark enjoys exploring the hiking trails of East Tennessee with his family.

Dr. Jerry Nagel grew up in the Canadian border region of northern New York and eventually arrived at ETSU to teach vertebrate zoology in 1969. For many years he has been active in environmental and natural history activities in the region. His primary current interests are the financial access needs of the poor and steady-state economics. He also served as chairman of the Mission & Outreach Committee at Covenant Presbyterian Church in Johnson City.

Rick Phelps is a native Tennessean who is retired from Eastman, where he worked as an analytical environmental chemist. He is a founding member, past president, and trustee of Southern Appalachian Highlands Conservancy. In the past, he has served on the boards of the TN Scenic Rivers Assoc., Appalachian Voices, Kingsport Kiwanis Club, and Woodstone Homeowners Assn., and as president of the Eastman Hiking and Canoe Club, and of TriCity Divers. His primary interests are the protection of our mountain heritage (especially the Roan massif); and stopping MTR mining. Alternative energy sources and global climate change are other concerns, and he participates as a member-at-large for the TN Citizens Climate Lobby. Rick's hobbies include: hiking, canoeing, and fly fishing. He follows Appalachian music. Lydia Roane is a native of Louisiana, married and the mother of three grown children, and a resident of Johnson City. She enjoys gardening, walking the dogs, and exploring the beauty of the Appalachian region. She is an active member of First Presbyterian Church of Elizabethton, and is licensed as a medical and clinical social worker. Dottie was raised in rural Pennsylvania, the daughter of a forerunner, but has lived in Tennessee for 35 years. Dottie served on the Justice-Peace-Integrity of Creation committee at St. Mary’s Catholic Church, where she earned a reputation for her battle against styrofoam and disposable ware. Dottie has since moved to Maryland.

Ed Wolff, a retired Lutheran pastor, and his wife Frankie came to live in Jonesborough a couple of years after attending the International Storytelling Festival. His interest in our care for creation heightened after watching the documentary, “The Last Mountain,” a story of mountaintop removal in West Virginia. He was instrumental in the formation of the Black/White Dialogue group in Johnson City and still coordinates many of the activities they conduct. He is on the Board of Directors of Tennessee Health Care Campaign.